Anyone that knows a little bit of SEO will surely tell you that Flash is not a search engine’s best friend. Often, Flash sites and applications are built in one big compiled block, impenetrable to any indexing script or web spider. Hence their low ranking on all search engine results pages.

While this limited Flash in the past, in recent years, Flash CMS (content management systems) have been under constant development to help regular users and developers alike in building modular websites, with lots of SEO-friendly content.

This is also possible because of the ever more present interaction between ActionScript and other scripting languages. There are many scripts and AS3 classes out there especially built to facilitate the interaction between JavaScript and Flash. Doing so, it indirectly provides access between the Flash app and other content on the web; here including the search crawlers as well. Not being offered anymore in a single block of binary data, Flash websites are moving away from niche and brand sectors and into a category of deep and searchable content authoring tools.
Flash applications will evolve with the release of Adobe Flash Player 10
Enlarge picture

Besides some successful programs like FlashMoto CMS, SILEX, fCMSPro, FlashNuke, XOT Flash CMS and others, Flash in general has some big events coming up this year too. Already released in a beta version, Adobe Flash Player 10.1 has included NVIDIA support, delivering enhanced rich Web content to NVIDIA GPU owners.

Alongside NVIDIA support, Flash 10 will also bring support for multi-touch and mobile devices, expanding its horizons to more than the average PCs.

Aside from Flash Player, another beta version of a piece of software revolving around Flash has sparked some genuine interest in the world of Flash developers as well. Adobe AIR 2.0 will surely capitalize on the success of its predecessor, AIR 1, with a much hyped release. The newer version will bring some exciting features such as API for accessing microphone raw data, HTML5 support, CSS3 support, global error handling, very much improved cross-platform printing, UDP support, secure sockets, socket listening capabilities, mass storage device detection, native code integration, multi-touch and gesture support, the ability to open a file with its native program, etc.

While an official date for HTML5 or CSS3 hasn’t been announced, developers have already jumped on the available standard drafts, and are constantly pouring tutorials and articles about the soon to be released languages.

HTML coders and slicers should be more than happy this year, with lots of tutorials and tips & tricks articles being published on any respectable tutorial-content website network. Actually, I think I’m one of those editors that couldn’t wait for the official version and got ahead of myself in this article here.

These newer versions of HTML and CSS will be better adopted and accepted much faster compared to the fiasco with the previous release of ActionScript 3, which saw many programmers stick to AS2 because of hard to read documentation and the lack of online tutorials. The Internet is full of them now, but at the time of AS3’s release, they were kind of scarce, denting the success and features of AS3.

Compared to the huge mass of HTML5 and CSS3 tutorials currently available on major search engines, we surely are in a better position to transition to the new standard pretty fast. 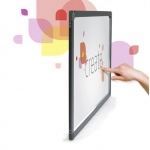 As mentioned above, touch technology has been on the rise since the iPhone made it available outside security departments and high-tech gadgets. Now, it is the number one topic of development and integration at Microsoft, but the Redmond-based giant is not the only one leading the way on this wave. Through Flash10, Adobe has joined the current alongside Apple, Microsoft and Google.

Look no further than a couple of years when this will be standard in any newly released hardware gadget or software.

eople with no programming knowledge that use “coded” products generally do not want to know how their product basically works. This is why WYSIWYG editors, CMSs and GUIs have been so successful. These do-it-yourself (DIY) applications will continue to grow, expand and conquer new markets, changing the way general purpose applications need not only to be operated, but built.

These days, programmers have not only to bullet-proof a website against hackers and virus attacks, they have to also “dumb it down” for their administrators and users. While frameworks basically build other applications, CMS have entered the common day-to-day vocabulary, being considered a must in any coding project.

People want to build their own website, create their own blogs, put together their own form validation process, manage their own user pool, create and administrate their own ad campaigns, and the list goes on. For an application to have success in 2010, it must allow the user to do everything and not depend on any company support or complicated FAQ page. In other words, programmers should not alienate form the KISS rules and the proper success will follow. If you don’t believe me, just take a look at the most successful tools out there: WordPress, Joomla, Drupal, Coppermine, LimeSurvey, XOOPS, etc.

Ruby Closing the Gap on PHP

While PHP was still dominant  on the Elance Online Work Index, that didn’t mean anything on the quality and performances of the two scripting languages. While PHP owes its #1 spot to its widely spread community, Ruby has managed to go under the radar and insert itself through various Ruby-powered platforms like Rails and Sinatra on very big and popular websites.

Currently, if someone is tempted to build a social network, any big consulting agency will recommend using Ruby as its code base. Just take a look at some sites running Ruby these days and see how much it has spread, shadowing PHP in performance and code re-usability. Some examples of sites running Ruby code are: Twitter, Google, Justin.TV, YellowPages, Scribd, Hulu, Github, BaseCamp, Jobster, CrunchBase, Identi.ca, Shopify, Urban Dictionary, Lighthouse, XING, Campfire, Odeo, iLike and many more.

Also, besides Ruby, look out for Python and other scripting languages to emerge from the pack and bite from PHP’s market share.

More JavaScript, AJAX and Flash than Ever

Imagination levels are at an all-time high on the web. The ones to blame for this aren’t designers, project managers or art directors. The guilty ones are only code developers. While earlier versions of JavaScript, AJAX and Flash were doing some basic animations (move slow or fast from here to here), these days, the same languages have become standards in the hiring process. What do I mean by that? Well, if a developer or designer wants to get a job, they must know all of them, or at least have a clue of what they can do.

With the rise of JavaScript libraries like jQuery, MooTools, YUI, Dojo, Prototype and many more, developers were given a tool not only to write faster and more intelligible JS code, but powerful tools to go after the user interactivity and design that only Flash applications were providing. With a plugin database as big as Joomla‘s module repositories, jQuery is surely the leader of the pack, influencing every part of the web. Its success is so great that, recently, W3Schools, a very famous tutorial website for learning programming and scripting languages has included a course for learning jQuery, something it did not do in the past for other similar JS libraries.

At the same pace with jQuery, AJAX has been keeping up with the rhythm of modern day designs, being more and more used to animate and load remote and local content. Just check out the AJAX-based scripts indexed on Softpedia or other resources like Ajax Rain, Solutoire, MiniAjax, AjaxDaddy and DZone Snippets.

We have already talked about this trend in Part I of this editorial, and wanted to advise all the developers and programmers still reading this editorial to take advantage of the recent trend in companies and businesses around the world that choose to give freelancers more work opportunities on their projects hoping to achieve lower total costs in code developing. We recommend online work marketplaces like Jobster, Guru, Elance, Rent-A-Coder, ODesk, GetAFreelancer and much more.

The 2009 success of this topic has been built mainly on the quality provided by companies like Amazon, RackSpace and GoGrid. While it still has its naysayers, cloud computing seems to have at least slid a foot in the door for later discussions.

Still not as known and used as Flash, Silverlight has been quietly building a user base by slowly getting itself installed on as many computers as possible. While the biggest web user of Silverlight (besides Microsoft sites) remains NBC, developers taking a look into Silverlight apps have been praising it for its fast development pace.

Personally, I think it artificially considered the stage of evolution it’s in. Also, I heard many opinions on the web from much more Silverlight and Flash knowledgeable personas stating that Microsoft’s Flash-clone had surpassed Adobe’s product in many areas, while still implementing new features at a rapid pace. Even so, Silverlight has a long way to go, being still behind Adobe in terms of reachability.

Microsoft’s new product will be released alongside Visual Studio 2010 in the coming months, but the buzz surrounding the event is getting as big in the programming world as the Windows 7 release had on regular PC users.

With the new versions of these products come fresh features like after install ready-to-use ASP.NET MVC, inclusion of F# in the .NET Framework, C# and VB.NET feature improvements, Visual Studio 2010 to fully support all of .NET 4 environments, and much more.